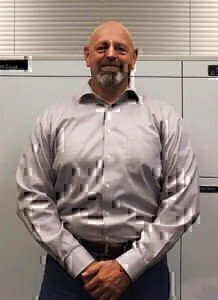 What was the biggest transition headache?

The largest struggle that I incurred in my transition from the military to the civilian sector was developing an understanding and coming to grips with the social and structural differences between the two. After spending over 20 years in the service I had become accustomed to the “military way of life”: training schedules, physical training, promotions, clearly defined rank structure, deployments, abundance of support networks, etc… I had to quickly adapt to an environment that, often, did not place the same values on things that I had assimilated to over the course of my career.

What skills did you bring with you?

Over the course of my career I developed skills that enabled me to successfully lead and manage a very diverse group of Soldiers that hailed from every walk of life: male/female, wealth/poor, white/black, introverted/extroverted, etc… I developed the ability to look past differences and see the potential in each and every person; to take that potential and leverage it in a manner that benefited the individual, the team, and the organization. It made me a very effective leader and manager of personnel. I think more importantly, it instilled in me a greater appreciation of diversity and inclusion.

What made you decide to join this organization?

In the Army, we embraced the Seven Army Values: Loyalty, Duty, Respect, Selfless Service, Honor, Integrity, and Personal Courage. My decision to join Aetna was greatly influenced by the fact that their values of Excellence, Integrity, Inspiration, and Caring mirrored many of those that I had lived with most of my life. Additionally, similarly to the Army, Aetna is an organization that understands and accepts diversity, values the power of its employees, and strives to be the best within a very competitive market. Aetna provided me a comfortable transition point that allowed me to adjust to my new career while surrounded by many of the values and beliefs that I hold dear.

How did you research your options?

My initial research involved the internet to learn as much as I could about Aetna. I then took a deeper dive through sites such as LinkedIn, Glassdoor, and others to give me a glimpse into the culture of the organization.

What advice would you give other transitioning veterans looking into employment?

First, be prepared for rejection. Develop a mindset of “FAIL”, first attempt in learning. Always enter into, and walk away from, an employment action with additional knowledge that can be used in future attempts. Second, could be first, we tend to over value ourselves and our skills. After serving for over 20 years in the service, I entered the civilian workforce expecting to be placed and compensated according to my self-value. Unfortunately, that is rarely the case. I used my initial position within Aetna as an entry level manager as an opportunity to get my foot in the door. After learning the culture of the organization, networking, and demonstrating my skill sets to those within Aetna I started to earn the value of my worth. Lastly, never quit. The opportunity you do not approach will never be achieved.