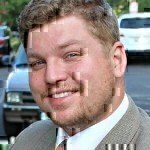 Tell us about yourself:

I grew up in a military family who moved around and I ended up graduating from High School in 2007. My older brother served in the U.S. Army and was killed in action in 2007, which was one of the many reasons that inspired me to join the military. I really wanted to follow in his and my father’s footsteps. I ended up enlisting in the Army and on September 29, 2012, I was wounded in action when my platoon was ambushed by Afghan National Army soldiers. I was shot 5 times. One shot to the lower left lumbar and four to the stomach. I spent two years and eleven months at Walter Reed National Military Medical Center in Bethesda. While there I received over 75 surgeries and medically retired on July 27th 2015.

What prompted you to return to school?

I was planning on making the military a lifelong career but since it was cut short due to my injuries I had to re-apply myself. I watched my four brother’s graduate from the University of Tennessee and it encouraged me to return back to school to finish what I started back in 2007, when I attended a community college. I seem to learn better by hands-on training so I decided to go for a vocational school and the Colorado School of Trades was the perfect fit.

Why did you choose Colorado School of Trades?

I researched schools dedicated to teaching a hands-on approach to the Gunsmithing trade. I spent a few months researching and calling different schools. Then I found CST who was ranked the top Gunsmith school in the country. CST also offers an optional CNC course which other schools did not at the time of enrollment. I have always wanted to be stationed in Colorado while serving in the military and after seeing that the school was located just outside of Denver, I knew that VA facilities would be available nearby. After speaking to the Administration staff at the school and them reassuring me that they would help accommodate for my disabilities sealed the deal.

What military education benefits, such as the GI Bill, did you use?

I started off using my Post 911 G.I. Bill benefits for the first few months until the VA’s Vocational Rehabilitation and Employment kicked in. Voc. Rehab. is an amazing program which assisted with not only my tuition but also all of my tools and armorer courses offered. The process can be fairly long to get accepted for Voc. Rehab. but it is totally worth it.

What has your experience been like as a student?

My experience as a student has been amazing. The Colorado School of Trades student population mostly consists of ex-military and students from all over the United States so I made friends fast. The Staff at CST is great, very knowledgeable and willing to assist every student. I enjoy going to school Monday thru Thursday and having a 3 day weekend gives me time to enjoy the great state of Colorado or work part-time if need be.

What challenges did you have adjusting to campus culture after military life?

Most students at CST are former military so it made adjusting easy. We all had similar backgrounds. My personal challenge is using all machinery since I use a wheelchair but CST provided assistance with handicap accessible machinery and also bench vices.

Do you believe your military experience has made you a better student?

Absolutely, due to my job in the military it thought me how to work in extreme high stress environments. I know thanks to the military how to mitigate stress better and stay calm, which helps when you have projects and deadlines to meet. The military also showed me how to be a better leader and teacher.

What advice do you have for veterans returning to school?

Find something you are passionate about and work towards that goal. Going back to college is stressful and overwhelming at times so be prepared to make adjustments in your life style and to get in contact with your local VFW and American Legion. They are here to assist and great programs to be involved with. And last but not least: make a ton of friends and network!

I was nervous and worried after I was wounded. I didn’t know what my next steps would be because I never planned on doing anything else with my life besides serve in the military. I learned to always have a contingency plan in place.