For the longest time, the GI Bill was one of the most effective recruiting incentives. Even for recruits who had no intention of using some of the many perks, the ability to pass it on to their spouses or children was a huge factor in deciding whether or not to enlist. For some U.S. troops, that benefit is at an end.

A new policy reported by Military Times shows that the Pentagon sees the transferability benefit as a recruiting tool and that those military members with more than 16 years of service are closer to retirement than they are to being a recruit. As a result, the Department of Defense will place a cap on transferring those benefits, clearly believing the possibility of retirement at 20 years is a much better retention incentive than giving a free education to military children.

Kinda like that but with one giant asterisk.(National Archives)

The current policy states that any member with six years’ time in service can transfer their GI Bill benefits to their spouse or children as long as they serve another four years. That will not change. Members with 10 years of service also received transferability benefits even if they were unable to extend their service for any reason. That provision will also go away – unless the member was forced out due to force-shaping policies.

“The fact that nobody was consulted about this is alarming,” Paul Frost, a retired Navy captain who serves as MOAA’s program director for financial and benefits education, told Stars & Stripes. “What else is being discussed on the changes of this bill, which is one of the key benefits that a service member gets?”

Current service members will have until that year to decide their course of action. The new Forever GI Bill does not affect this new policy and all transfer requests must still be made while the service member is on active duty.

“As a matter of principle, The American Legion is against the curtailment of veterans’ earned benefits,” said American Legion spokesperson Joe Plenzler. “We understand the minimum time-in-service for transferability eligibility, and that makes sense from a retention perspective, but the 16-year transfer or lose rule makes no sense to us as DOD has articulated it and disadvantages the veteran when it comes to the full use of this earned benefit.”

READ NEXT: THIS IS WHY YOU CAN’T CLIMB ON THE ARM OF THE STATUE OF LIBERTY 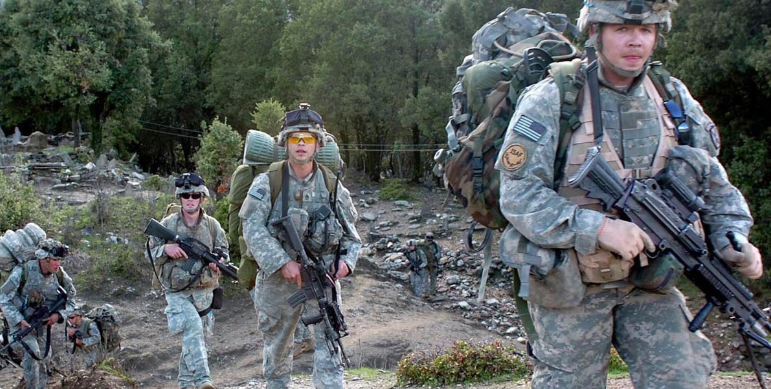 Article Name
Major Change Coming to G.I. Bill Transferability Benefit
Description
One major recruiting tool for the military is the G.I. Bill benefit, which helps veterans go to school. They would also be able to transfer this benefit to their spouse and children. But a change is coming to that rule that will effect some of the longest tenured service members.
Author
Blake Stilwell
Publisher Name
We Are The Mighty