How the Military Breaks Introverts Out of Their Shells

The military has a way of ensuring that its troops constantly work, live, and interact with each other. While it’s not uncommon for troops to get off duty and hide away in their barracks or at home, the way the military is structured prevents them from truly shutting themselves off from the rest of the unit.

One of the most mission-critical elements of the military is a foundation of trust and rapport between troops. To that end, the military has a way of forcing its troops into building camaraderie.

Straight out of the gate, potential recruits are thrown in 30-man bays under the watchful eye of Drill Sergeants/Instructors. Troops will quickly learn the go-to pastime when there’s absolutely nothing else to do: talking to each other.

That quiet kid from a Midwestern suburb will probably have their first interaction with people from nearly every other state, background, economic status, and lifestyle during Basic. 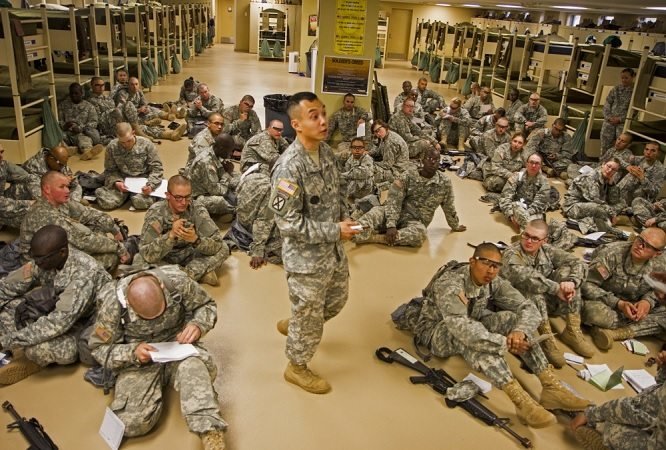 Doesn’t matter where you’re from; you’re all sh*t. (Photo by Sgt. Ken Scar)

You’ll never hear more words of encouragement than you do during physical training. When troops go for a run in the morning, they’ll often shout motivation at one another. “Come on, Pvt. Introvert! You got this!”

This isn’t done solely to lift spirits, but rather to make sure their ass catches back up to the platoon. 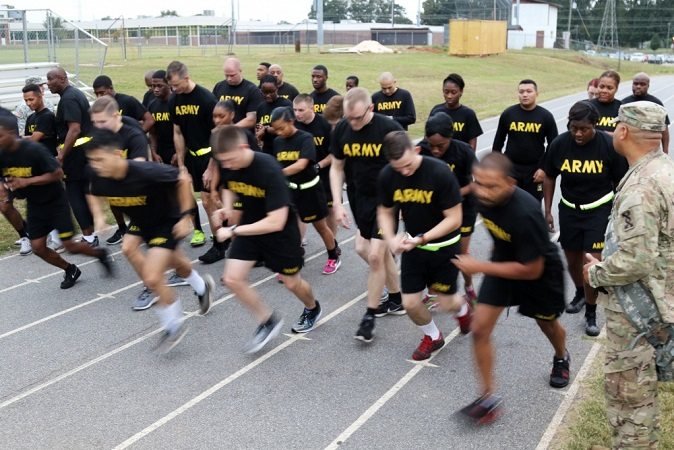 “Hurry the f*ck up!” comes from a place of love and mutual understanding. (Photo by Sgt. 1st Class Gary Witte)

Another perfect way to build mutual understanding is to share suffering. Cleaning the same connex they cleaned out last week may seem boring (because it is), but every time a troop says something like, “man, f*ck this. Am I right?” a friendship is born.

There are few stances shared by troops more than a dislike of mundane, physical labor. 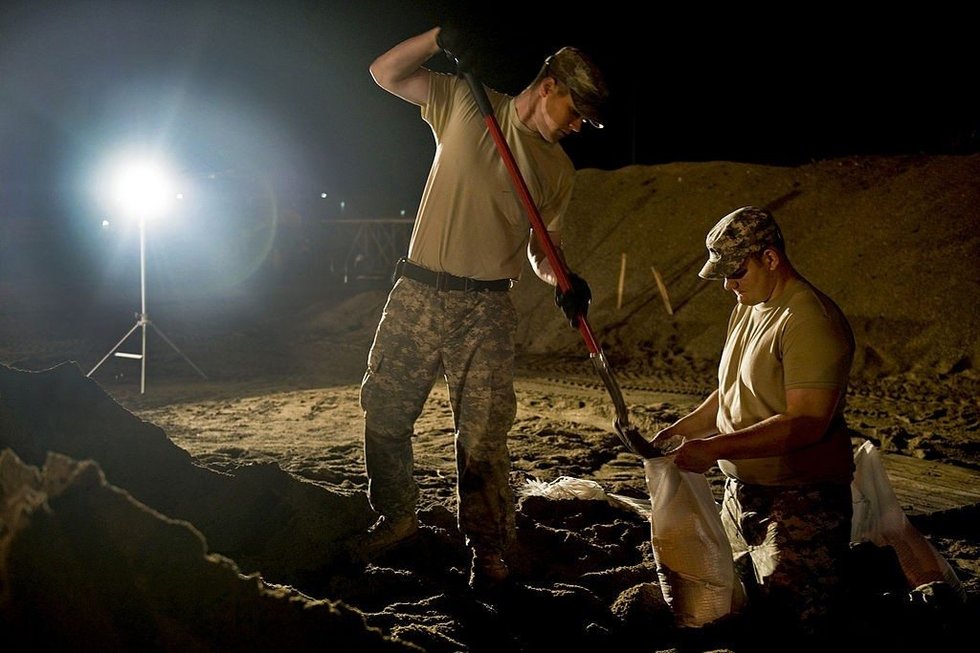 Many friendships have bloomed through the shared hatred of sandbags. (Photo by Sgt. John Crosby)

In nearly every comedy about high school or college life, there’s always that one party scene. Those kinds of lavish parties don’t really exist like they do in the movies — college kids are broke. But do you know who gets a regular paycheck on the first and fifteenth of each month and has few bills to spend the money on? Troops.

Actual parties also bring troops together. Everyone is pulled from their barracks room to do keg-stands off the roof of the Battalion Headquarters before staff duty finds them. 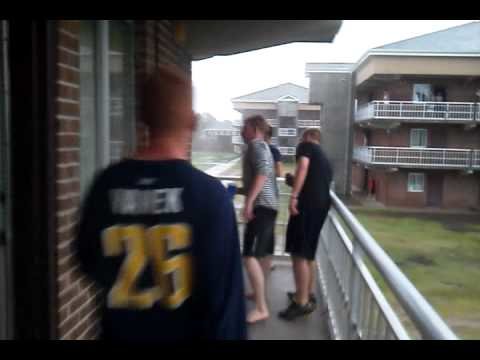 Your party isn’t close to awesome until someone calls the unit’s medic because they don’t want to explain it later to the aid station. (Screen-grab via YouTube)

The “battle-buddy” system is a method the chain of command uses to have troops keep an eye on each other. What probably started out as a great PowerPoint presentation given by a gung-ho 1st Lt. gave the military what is, essentially, an assigned best friend. The idea was to prevent troops from getting into trouble, but it’s eventually devolved into simply having two troops stand in the First Sergeant’s office.

This system is even more needed while stationed overseas. Command policies often dictate that a troop can’t leave post without someone keeping an eye on them. Now, instead, there’re two dumbasses let loose on the world. 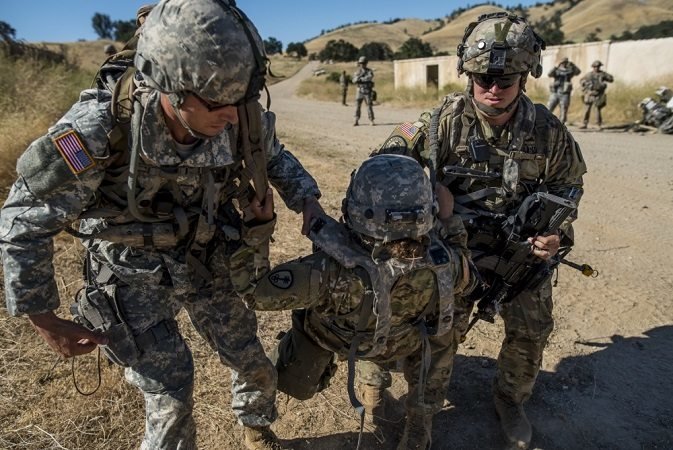 Battle buddies have a way of picking you up when you’re down. (Photo by Master Sgt. Michel Sauret)

Pissing contests are a weird constant in the military. In the civilian world, people try to one-up each other with made-up stories. In the military, actions speak louder than words, so when troops do awesome things daily, chances are they were trying to one-up the person next to them.

The best way to describe it would be if someone were to say, “Man, I’m awesome. How about you, introvert? How awesome are you?” 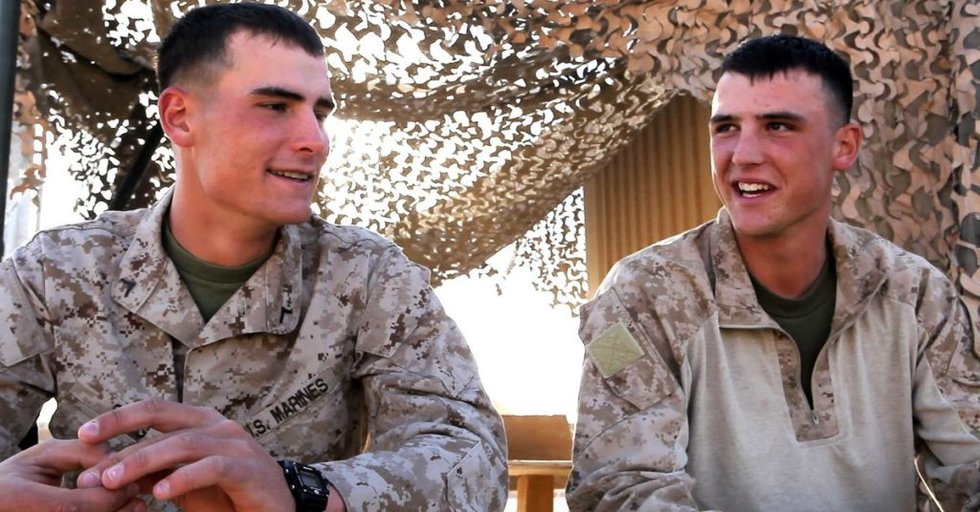 And nearly every conversation begins with the phrase “No sh*t, there I was…” (Photo by Cpl. Paul D. Zellner II)

Troops stateside can find some room to breathe, but when they’re deployed and end up 30 to a tent with no walking room, well… good luck.

The only privacy you’ll find is in the latrine. Even then, you might have a conversation with the guy in the next stall. 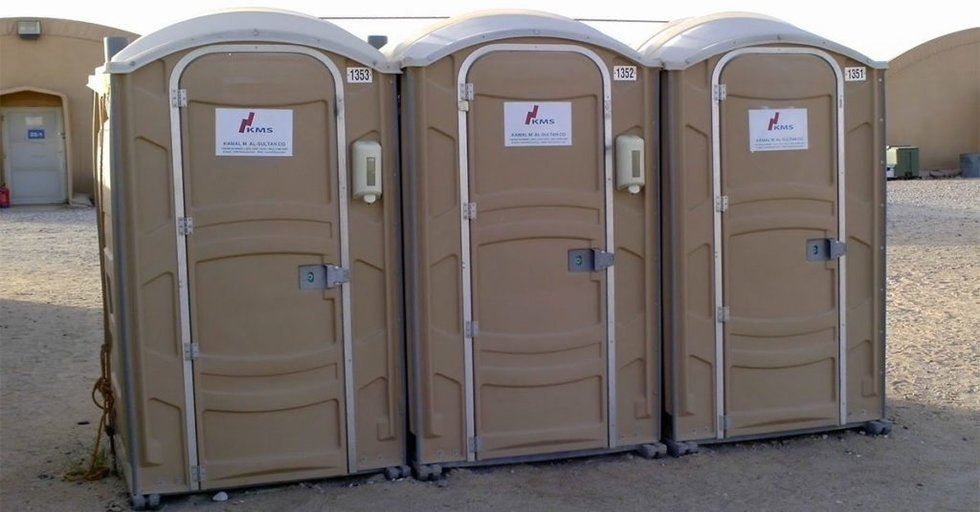 “Dude, I’m telling you. My art skills are going to take me places one day!” (Image from Wikipedia Commons)