6 Bad Habits You Developed In The Military, and How To Break Them

Veterans come out of the military with years of training in one particular mindset and way of doing things. A lot of that mindset is positive, even in the civilian world. Much of the military attitude will serve you well.

But there are a few bad habits of thought and behavior that are common stumbling blocks for transitioning veterans.

Take a look at your behavior and see if you’re struggling with any of these six common problems.

We’ve offered two specific issues for each of these six habits — and two solutions that can help you overcome them.

Problem: Swearing is Expected in the Military 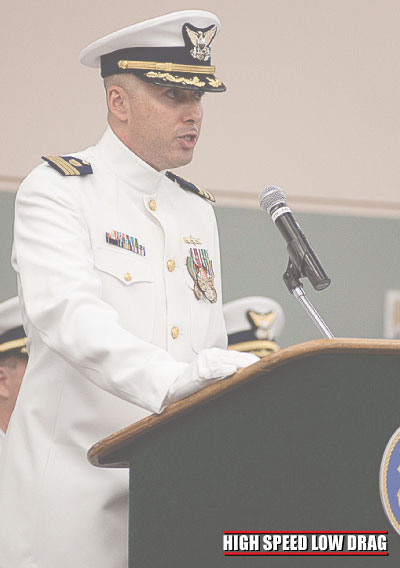 You ever hear the phrase “swears like a sailor”?

Well, it’s not just the Navy vets that have mouths on ’em. Members of the armed forces love their swearwords.

Military obscenities come in every flavor and variation imaginable. Every branch of the service has its own internal favorites (“friggin’” in the Marine Corps, etc.), and everyone uses the curse words we all know, along with the dozens of acronyms they’ve crept into (FUBAR, etc.).

The internal culture of the military normalizes swearing. It’s more of a faux pas to creep around bad language than it is to use it — if you make an obvious substitution (“dang it,” “crud,” etc.), you can probably expect to get made fun of for it.

So just about everyone that gets out has reflexive use of swear words drilled into his or her speech. It’s internalized and natural, much the way that even a Yankee northerner starts to drawl a little after years of living in Texas.

Problem: Swearing Sets You Back in Many Civilian Fields

Outside the service, swearing will get you in trouble — and not just with finger-wagging school teacher types.

The problem isn’t so much one of people being shocked when you cuss. Almost everyone you deal with in any walk of life has been exposed to curse words. They’re not going to faint.

The issue is one of mindset, perception, and that nebulous idea of “class.” Someone who can’t control his mouth — someone who’s letting a lot of swear words slip out — is going to be seen as a dumber, lower-class, undisciplined guy.

It’s an appearance thing. Entertainment and pop culture have tied the idea of swearing to the idea of a thuggish, unintelligent man. What you’re actually like doesn’t matter much if people have a negative perception of you to begin with.

There’s also some truth to the idea that swear words are basically “filler” — they’re like saying “um” or “er,” only more vulgar. It’s a sign that you don’t have anything else to say on the subject. That may not always be the case, but it is a good reason to trim them from your vocabulary — you want your words to have weight, and the more you swear, the more accustomed people get to tuning half of what you say out as irrelevant filler.

Solution: Immerse Yourself in “Proper” Speech

A lot of the swearing habit comes from socialization. If it’s what everyone else around you is doing, you do it too.

Once you’re out of the military, you can break that habit by constantly listening to people speaking without using swear words.

Easiest way to do that? Listen to the news, at home or in your car or at your office. Broadcasters are famously obscenity-free, at least on the major news networks and radio stations. They’re trained to sound like “average Americans” — whatever that means — and the result is a bland, socially-acceptable form of speech.

Another good option is listening to recorded books, assuming the dialogue isn’t loaded down with four letter words. Again, it’s just a way of having spoken English constantly surrounding you, getting you used to people talking without casual cursing.

By the same token, it’s worth staying away from gritty crime shows or trashy reality TV where people are swearing all the time, at least until you’ve got the habit mostly under control. You don’t want to start talking like a tough-guy cop (or like trailer trash) when you’re trying to get a job in, say, finance or business or computer science.

When you were a soldier, you talked like a soldier.

If you’re still talking like a soldier, it’s a sign that you haven’t made the full switch yet. One good habit to get into is talking like an “insider’ of whatever industry you entered (or are planning to enter) after leaving the service.

Grab yourself some books related to the field or fields you’re working in (or looking at working in) for your civilian career. It’s useful knowledge, but it’s also useful exposure to the industry jargon. That’ll help build both your vocabulary and your habits of speech so that you sound more comfortable to people in the industry.

And hey — if you can combine the two pieces of advice and listen to industry-specific audio books, go for it! It’s the best immersion you can get.

Problem: Enlisted Soldiers are Trained to Obey without Questioning 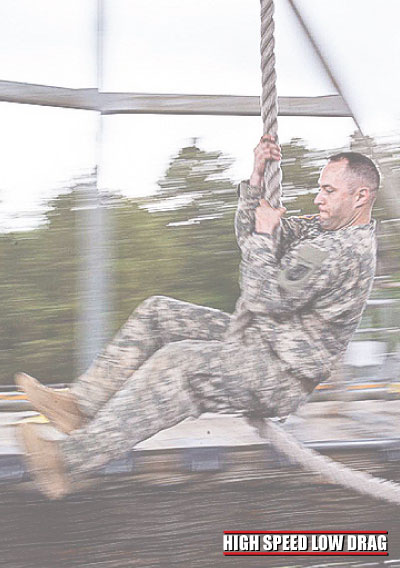 Basic training is famously all about breaking your old self down and building up a new one. And let’s be honest — the focus isn’t on building a creative thinker.

When people obey orders from superiors automatically, it makes things much more efficient. In a military situation, that efficiency can mean life or death for a lot of people.

But once you’re outside of those high-stakes situations where there’s little time to think or evaluate, the enlisted soldier’s mindset becomes less useful.

Veterans often find themselves hitting a “soft ceiling” in many corporate settings because they’re thinking like followers, not like leaders.

It’s a problem that leads to stagnation. Civilian companies value obedient employees, but there’s a limit to how far they can promote them. “Thinking outside the box” is prized in nearly every industry — and it’s not something you tend to get a lot of experience with in the military, where there’s already a “right way” to do everything, and deviating from it is frowned upon.

Problem: Officers Were Trained to Evaluate Orders, Then Follow Them

Officer training results in a slightly different mindset from the enlisted man, but one that’s still based on the assumption that everyone around you is in a fixed chain of command and knows their role and authority clearly.

A good officer does evaluate his orders, but it’s usually an internal check and nothing else. You’re still probably not in the habit of questioning superiors directly.

Officer training mostly focuses on how to best execute — and give — orders. That can be more of a strength than the enlisted mindset, and in fact tends to make former officers good employees to have in charge of small group projects, but it can still be a limiting factor when you’re trying to rise in a large companies ranks.

It’s even more of a problem if you decide not to go with a job that has a strong corporate hierarchy or an “org chart” mentality. Entrepreneurs, the self-employed, and workers in unstructured workplaces like many new software firms don’t get any benefit at all from thinking in terms of “order” or “superiors.

A mindset that’s based on a world where everyone is either giving orders or obeying them is one that needs some adjusting for most civilian fields.

Solution: Learn to Question Directions from Above

You’re going to have to learn how to rethink your relationship to “orders” now that they’re not actually orders in the military sense of the word anymore.

But how do you do that?

It depends a little on whether you’re working for someone else or starting your own business. For most people, you’ll still have some form of “superior,” generally a boss or a manager.

When you receive direction, try to view it as an objective rather than an order. Snap obedience isn’t necessarily the best reaction (though we don’t recommend arguing every little point just because you’re not in the military anymore, either!).

Instead, you’ll be contributing the most when you can think of the instructions you receive as objectives to achieve in whatever way you think best. You’re not bound to a specific course of action — just to a specific result.

Of course, this may differ from workplace to workplace. Some corporate or bureaucratic settings are just as strict as the military about having a Right Way to Do Things, and punishing people who deviate from it. In those settings, reflexive obedience isn’t a bad thing — but they tend not to be the sorts of jobs that have a lot of upward mobility, and it’s easy to dead-end if you’re only ever doing what you’re told in a direct and literal way.

Remember, objectives not orders. No one’s a superior officer anymore. You’re allowed to use your initiative.

This is more a piece of advice for guys who find themselves chafing under civilian management.

Because the reality is, if you end up somewhere with what we think of as a “traditional” management structure, you’re going to be dealing with mid-level managers who frankly don’t have the best leadership skills in the world.

They’re not going to be military quality. If lives were on the line these guys would be a serious hindrance.

But lives aren’t, and the worst they can be is frustrating to deal with. Resist the trap of thinking “that’s not how we would have done it in the service.” The way things are done in civilian fields isn’t always the most efficient way — and that’s not always a bad thing.

The military is really good at getting things done directly and efficiently, but it has a lot of external support that private ventures don’t have. When you’re getting “orders” that seem inefficient, unclear, or just flat-out dumb, take a deep breath and remember that the guy giving them — even if he seems like a total idiot — probably has years more experience in this particular field than you do.

You’ve been trained one way. Remember that the people you’re working for have been trained another way, and acknowledge that there may be some merit to it, even when you can’t see it. It’ll make you happier, and easier to employ.