Why It’s Important For Troops to Not be too Kind

Parents tend to teach their kids that kindness is one of the greatest traits a human can exhibit. When those kids eventually join the military, they’ll learn that they need to drop the niceties before too long.

Troops should show a general politeness toward their peers — after all, the military wouldn’t function if everyone was truly spiteful toward one another. We’d never recommend that you treat others like dirt, but every service member must obtain a certain level of saltiness in order to get through their career.

In a way, military life is the reversal of civilian norms. In the military, kindness is negatively received; being assertive and salty is the only way to get what you want. We’re not saying this is bad or good — it’s just the weird life that troops live.

1. Your kindness will be perceived as weakness

Before any of this gets twisted, kindness isn’t a weakness and showing genuine empathy toward your fellow troop isn’t going to kill you. In fact, showing your brothers- and sisters-in-arms compassion will take you far and may save a life some day.

However, the harsh reality is that there are no brakes on the military train. Slowing down for others and offering a helping hand isn’t always smiled upon. When you pause to help someone who’s stalled, in the eyes of many, there are now two impediments.

It’s not an pleasant circumstance, but that’s how life in the military goes.

That doesn’t mean you shouldn’t help others out.

2. Your kindness will get pushed to the limits

There’s another side to the compassion coin. Offer your help too readily and others will take advantage. One favor leads to three. “Hey, can you get me…” quickly turns into, “you don’t mind, do you?”

In a perfect world, there wouldn’t be any toxic leadership in the military. Everyone would take unit morale into consideration, do their part, and ensure tasks are completed on schedule. Unfortunately, when people find it easier to get someone else to their job, they’ll take that road.

3. Your saltiness will get things done

Aggression and anger are not essential traits of great leaders. A first sergeant who never yells still commands the same respect as a first sergeant who barks at everyone. It is entirely possible to be assertive and state your intentions to others without shouting.

…but most people won’t see it that way. The moment you raise your voice, people listen. If you’re of a lower rank, people will assume you’re ready for a leadership position — in actuality, yelling and true leadership skills are apples and oranges.

But they’re not mutually exclusive in combat situations.

4. Your saltiness won’t ever get questioned

Being nice will cause everyone to question your motives. Other troops will think you’re up to something, trying to work them over. Conversely, there’re almost no repercussions for being a dick to everyone.

The higher your rank, the less people will wonder why you’re grouchy. Everyone just accepts it as normal, everyday life. Niceties at that rank set off alarms in the lower ranks or just confuse everyone.

Troops will rarely give an honest answer if their first sergeant asks them how are they doing, even if it’s meant sincerely. 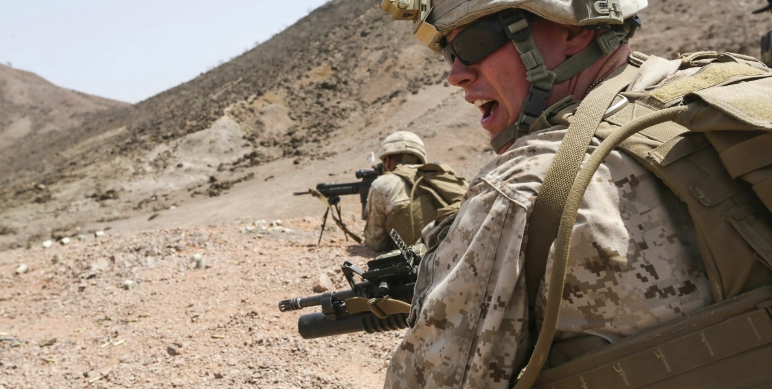