Do You Speak Civilian?

Do you speak “civilian”? While the question may sound silly, the reality is that the communication style that you’ve grown accustomed to throughout your military career may not work for you in the civilian workplace. Learning to speak the language is a vital component in your military-to-civilian transition and will help you put your best foot forward during your difficult transition from military to civilian life. Veterans adjusting to civilian life oftentimes have a hard time communicating.

Why does your communication style matter?

Generally speaking, the task-oriented focus and ever-changing nature of the military demands a more authoritarian (and at times, aggressive) approach to communication to effectively get the job done. In the more emotionally-charged, people-centric civilian workforce, though, you may find that what worked for you then won’t work for you now. Even if you’re transitioning into a similar career or industry, there’s somewhat of a communication learning curve to consider.

A communication gap exists between the microcosm that is the military and the civilian world at large where you don’t quite understand them, and they don’t understand you. It’s not that one “language” is better than the other; they’re just different. As you make your transition, your challenge will be to learn and embrace the language of choice in your civilian workplace to connect with, better understand and be understood by your colleagues, team members and superiors. Here are a few tips to help you along the way.

Learn the language. During your time in the military, you probably learned shared jargon that you and your fellow service members clearly understood. As you move into the civilian world, you’ll experience a cultural shift, which might include adapting to a different shared language. Start by familiarizing yourself with how your new colleagues communicate (including any industry jargon you may not be accustomed to). This also extends to written communication such as email, memos, etc. While military members usually possess amazing technical writing skills, eliminate any military speak and acronyms that fellow co-workers may not understand.

Nix the use of the word “civilian” when talking to civilians. While there’s nothing inherently wrong with the word “civilian,” continued use of this term sets the tone for an “us vs. them” (instead of “we”) mentality. Once you transition into your life as a veteran, you are officially one of “them,” so embrace it and show that you’re a team player.

Pay attention to your tone. There’s the old adage, “It’s not what you say but how you say it.” In the military, conversation tends to be more direct straight talk with no chaser. In your civilian career, however, a more conversational tone will be better received, making your comrades feel as if you’re talking with them, not at them. This will be especially important when communicating with your more challenging co-workers or employees.

Cue into the non-verbal messages. It goes without saying that active listening plays an important role in communicating with others, but while a person’s words may say one thing, their body language and emotions can say another. Pay attention to these cues when you converse with others to pick up on what’s not being said, and be cognizant of the cues (both good and bad) that you might send to those you communicate with.

Don’t forget: As a member of the armed forces, you’re no stranger to change, and adapting your communication style is yet another adjustment in your journey to your new normal. Your ability to effectively communicate, however, can make or break how you connect with others, your access to opportunities and, ultimately, your overall success in your new chosen profession.

Your Challenge: Take time to assess your communication style and determine what areas you shine in and your areas of improvement to ensure that you thrive in your next chapter. 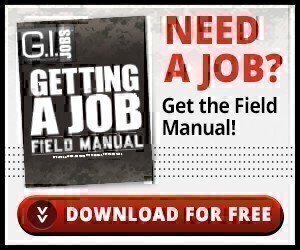 READ NEXT:  Military Phrases That Will Get You Laughed Out Of An Interview