Why Vietnam-era Commo Guys Had One of the Toughest Jobs

Throughout history, communications troops have had one job: to make sure those on front lines are able to talk to headquarters. Today’s troops that operate satellite communications and line-of-sight radio waves through mostly barren terrain may not know just how difficult their same job was during the Vietnam War.

In training, it wasn’t uncommon to walk into the classroom and see the number “5” written on the board. When an unfortunate soul would ask about the number, the response was, “that number up on the board? That’s your life expectancy, in seconds, during a firefight.” This is because the PRC-77 radio system weighted 13.5 lbs without batteries. With batteries, spare batteries, and encryption, you’re looking at 54lbs total. The PRC-77 used either a 3-ft or 10-ft antenna but, since the 3-ft whip antenna rarely worked in the jungles, most commo troops were stuck using the 10-footer, which essentially put a big target on their back.

You’re can start to see why “5 seconds” might not be a joke. (National Archives)

Just so we don’t have to get into detail on how FM radio waves work, trust me on this one: radio communication was laughably hard in the thick jungles of Vietnam. While the Army’s 1st Signal Brigade managed to set up a massive communications hubs in Saigon and Thailand, it was with the smaller signal sites scattered throughout the region that allowed troops to talk. Any hilltop would have to be stripped so giant antenna could be built to further amplify communications.

And finally, there’s the overly complicated radio encryption. The early forms of radio encryption, the NESTORs, functioned as the DoD planned, but they were bulky, prone to overheating, rarely worked, greatly decreased sound quality, lowered the range by 10 percent, and had easily-damaged, highly-valuable cables. While a very valuable tool, it was also determined that even if the enemy could decode the encryption, they still wouldn’t understand military jargon.

In short, it was hell for these commo guys. But these men stood among the greats, like Sgt. Allen Lynch and Pfc. Bruce W. Carter—  radio operators who received the Medal of Honor for their actions during in Vietnam. 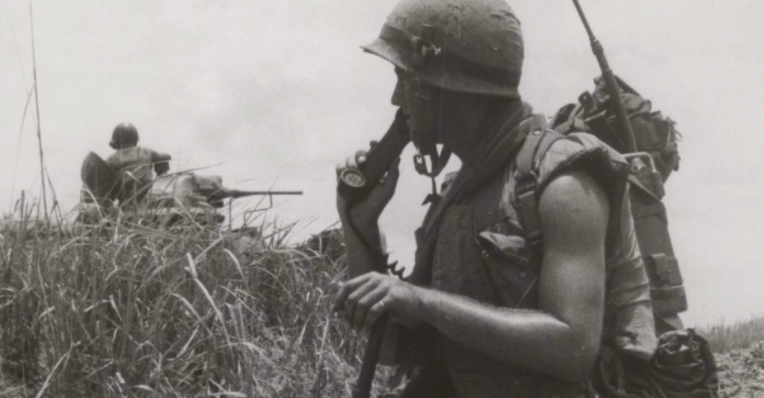 Article Name
Why Vietnam-Era Commo Guys Had One of the Toughest Jobs
Description
Communications are one of the most vital part of any military operation, and is no easy task to complete. Commo guys during the Vietnam War had one of the toughest jobs in the history of the military. Here's why.
Author
Eric Milzarski
Publisher Name
We Are The Mighty